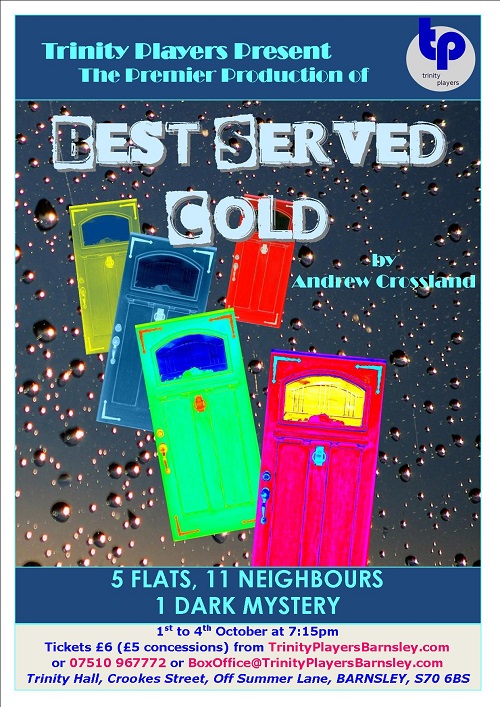 Written by the Trinity’s very own Andrew Crossland

Through a seemingly random coincidence, eleven neighbours in a tower block, soon learn that they share a horrific past. This light-hearted comic tale becomes a thrilling fight for survival when disaster strikes and they become trapped inside the building. You’ll be guessing until the very end as they uncover their terrible secret.