Finally, the major objective of Trinity Players came to fruition with Boeing Boeing, the play planned and cancelled in 1974 and which was presented as a reading performance late in 1974. The same cast finally came together in 1975, on stage, with lights, costume and set. Let the Chronicle say it all: 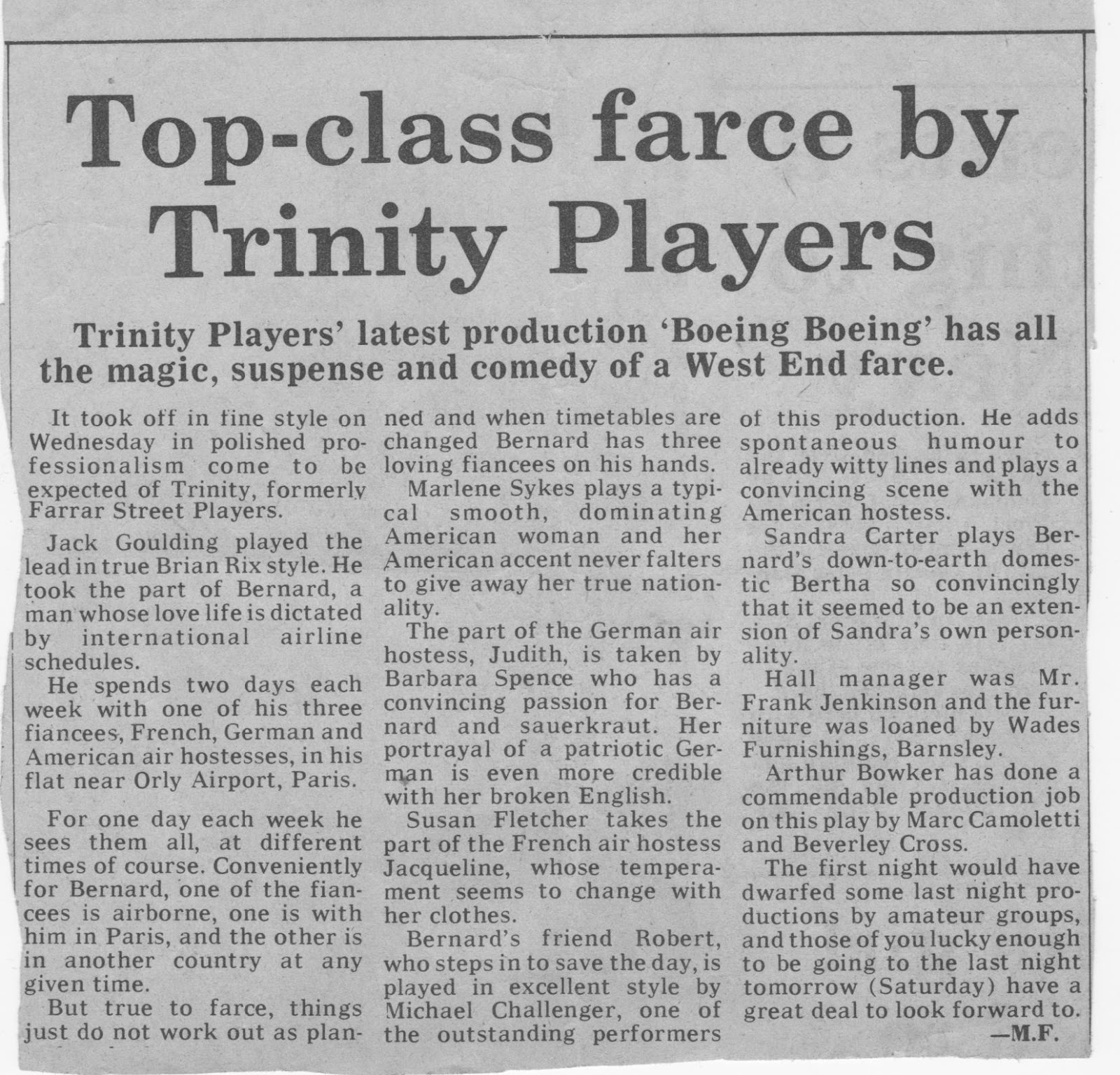 What of course followed was a string of productions, generally two a year with one in spring and another in autumn. Generally, they were comedies and very often northern in character.

Occasionally a title was revisited. People joined and stayed, people came but once. Such is the nature of societies. No doubt there was conflict and arguments within the society but that is what tends to happen in most societies over time.

There were exciting and adventurous activities which this document will describe in later chapters but now perhaps, now that Trinity has achieved its major objective, to look back at what was going on before 1973, the year of Trinity Players year of creation.