After WW2 on 23rd February 1946 “Eliza Comes to Stay” by H E Esmond was produced by Farrar Street Congregational Church Players and the church had a new minister, Captain WCG Hopkins, who began his ministry on the 1st September, 1946.

9th March 1947 “The Music of Life” was presented as part of the Golden Anniversary in 1947 being a Service of Song and Story for Solo, Choir and Congregation by W C G Hopkins.
Captain Hopkins produced a personal account of his first year of his ministry being a ‘record of facts and impressions’. It includes the following extracts. “We must make mention of our Players”. He produced a play by Eleanor Reynolds called ‘A Clash of Wills’. The production made a clear profit of £44 and “we now have a new set of scenery paid for out of the proceeds.”

Later in his memoir, he extols further. “Mention must be made of some of our Players. We have a splendid group of actors and actresses and they put on some grand entertainment. Messrs Cyril Moss, Frank and Bernard Jenkinson and Trevor Parr produced some new scenery for us…Mr Jack Rapson undertook lighting effects.” Mesdames Moss, White and Williamson looked after the wardrobe while “faithfull “ secretary was Lucy Tock. There were 17 people on the stage and ”….all did splendidly.”

As far as can be discovered, (March 3 2015) the Players experimented with a straight comedy, “My Naughty Wife” written by Fred Jackson in 1925. The date was 1948 and the following comments were made. The Players could ‘subdivide into more companies and thus produce more plays in a season’. The eager audience ‘ respected the law and helped by not demanding admission when the House Full sign was up’. ‘An orderly house means a happier audience’

The house manager was Mr C Mellor. The final comment was that the Players ‘hope to produce in early April’ (of 1949). The played was performed by Mrs Tom Challenger and Mrs Freda Cannon with Tom Horncastle and Frank Blades, for whom both was their first parts. Cyril Moss and Mrs Johnson played supporting roles.

“A Fiddling Fantasy” by Eleanor Reynolds was produced during April 1949.
By the 1950s and 1960s, the format soon became established. I am grateful to Barbara Spence for her permission to scan programmes and press cuttings from her collection. There are many press cuttings from Barbara and in the general files of Trinity Players .
A change in billing occurred in 1962, when the programmes moved from being headed Farrar Street Church Players to become Farrar Street Congregational Church Players. 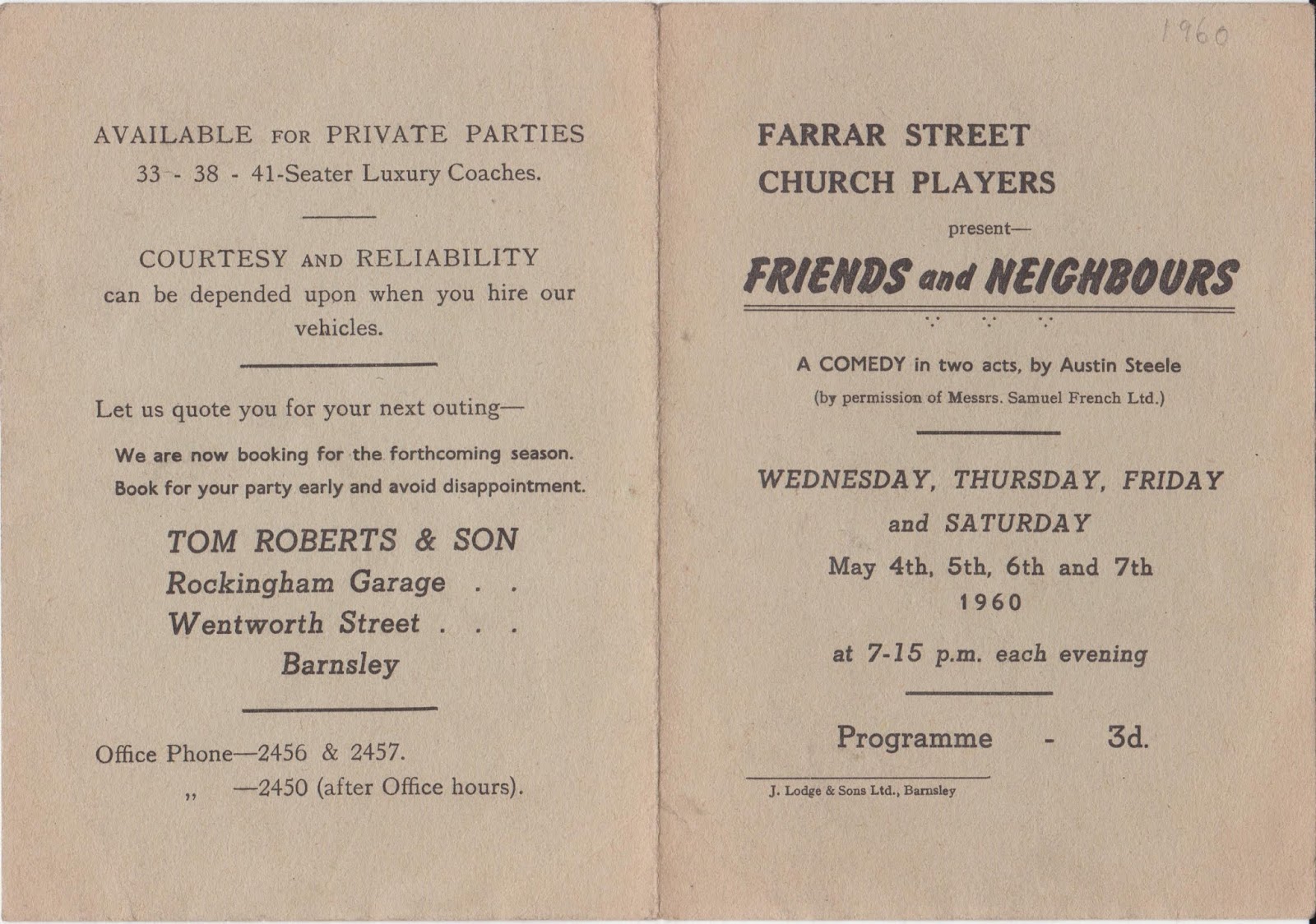 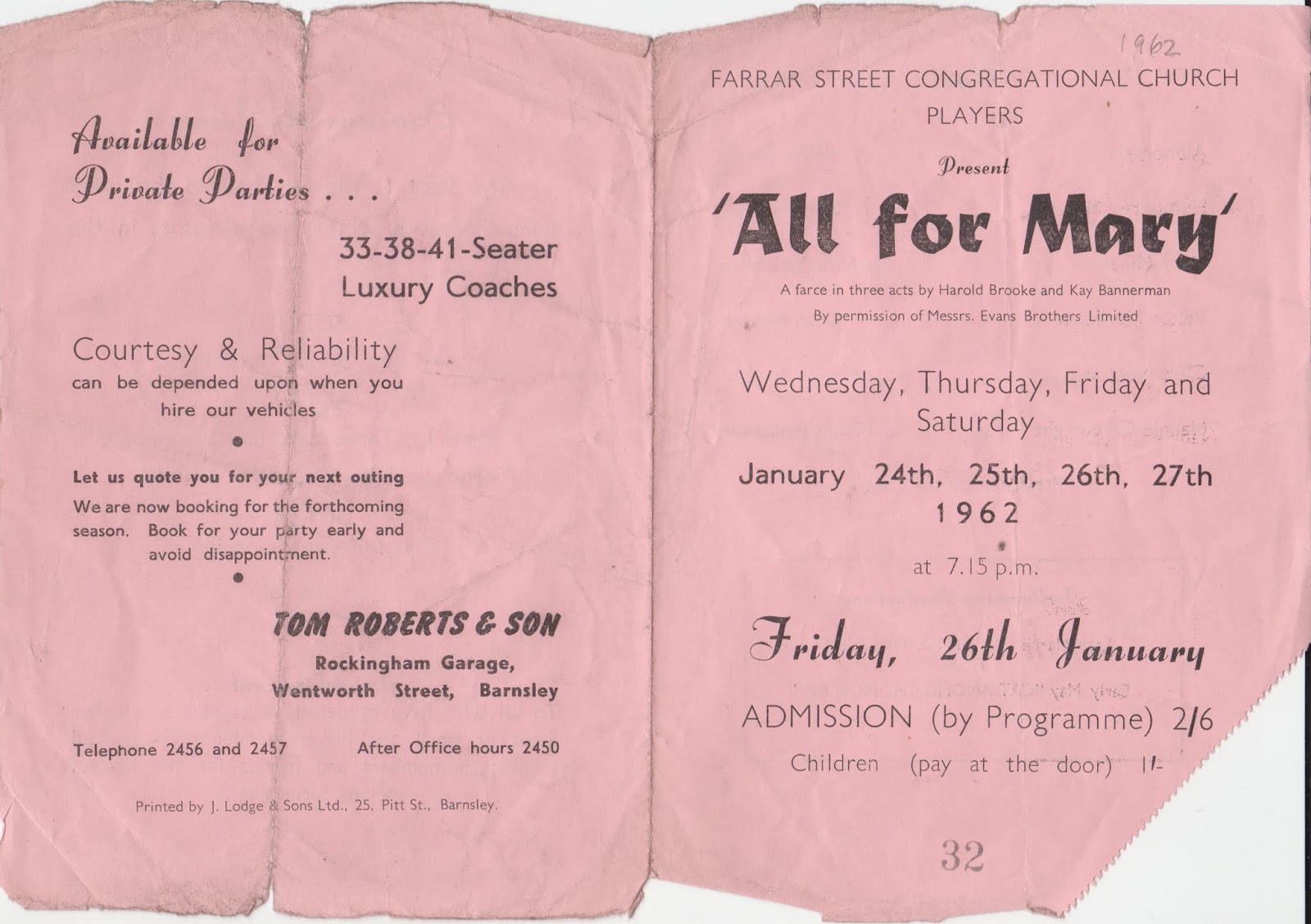